To know the history of our school you have to travel back to the 1940s. Since then, the school has never stopped evolving, growing and innovating in order to offer the best education to its students.

Nausica was born in January 1941 with Maria Batlle i Rovirosa as the lead. She had worked in the field of education together with Alexandre Galí i Coll at the Blanquerna School in Barcelona. Thus, the founder of the school offered a great learning opportunity to children in the neighborhood of Sant Gervasi. Catalan was the main language of learning in school, together with an educational proposal open to change and diversity.

The first headquarters of Nausica were located on Tavern Street, in a small building with a garden. Soon, the teachers and students of the school moved to a larger building with a green space located on Lanuza Street. At that time, the educational offer was based on the Nursery, Primary education and a class of teenage students who were preparing to enter the current Batxillerat (Upper Secondary Education).

The school was well received by families in the neighborhood. They were satisfied with the work carried out by Nausica. As a result, the number of students grew exponentially and the building on Aribau Street became smaller.

In 1969, with the help of families, the school moved to the building located at 309 Muntaner Street. It prepared for the new Education Act, the EGB (former Primary Education), offering all compulsory education up to the age of 14 years, where Catalan was still the language of instruction in schools.

In 1977 it became a chartered school of the Generalitat de Catalunya (Local government). In 1980, it received the official recognition of a school dedicated to preschool education and the eight EGB classes (Primary Education).

In August 1985, the founder of the school died while she was managing the creation of the Nausica Foundation. It was Dr. Moisès Broggi i Vallès who processed the new ownership of the foundation on the 17th of January of 1986, becoming the first president. Then the school began a new era. Also with a new director, Maria Teresa Gesa i Mascorda.

Nausica school, little by little, was further consolidated as an educational reference in the neighborhood of Sant Gervasi. It grew up maintaining its school ideology: education in values ​​and emotions, active methodology for maximum effectiveness in training and respect for social, economic and origin diversity and participation of the school’s families.

In 1995, the school decided to go one step further and, together with the Bellesguard, Lys, Peter Pan, Reina Elisenda and Estudis Ribot schools, formalized the Els Arcs Foundation and the consequent creation of the Els Arcs Secondary School. This common project drew a very complete and pedagogically coherent educational scenario from Early Childhood Education to Secondary Education.

On March 14, 2005, Maria Teresa Gesa died after twenty years as principal of the school. Núria Torra took over the management of the school, creating a professional management team. From that moment on, work began on the integration of the Nursery into the legal framework of that time. The approval of the Nursery meant a major renovation of the physical structure of the building. In 2012, Barcelona City Council, in response to a proposal from the Sarrià-Sant Gervasi District, awarded Nausica School the Medal of Honor of the City of Barcelona. For its rooting in the neighborhood and for its exemplary career in the field of education.

The last stage of Nausica is characterized by an active participation in adapting education to the social reality of the times. In 2014, Anna Bayó accepted the position of school principal. After Núria Torra’s retirement, she is currently leading the school renovation process. Always with the aim of not losing the essence that has made Nausica School come so far.

The collaboration in the Escola Nova 21 project, which pursues the challenge of finding a relevant and meaningful education adapted to the social and cultural context of the times; the participation in Xarxes pel Canvi (Networks for Change), the implementation of a variety of methodologies, multilingual communication as an essential tool for the future of children, demonstrate the innovative spirit of the school. As well as the professionalism and involvement of the school staff. 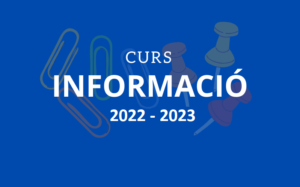